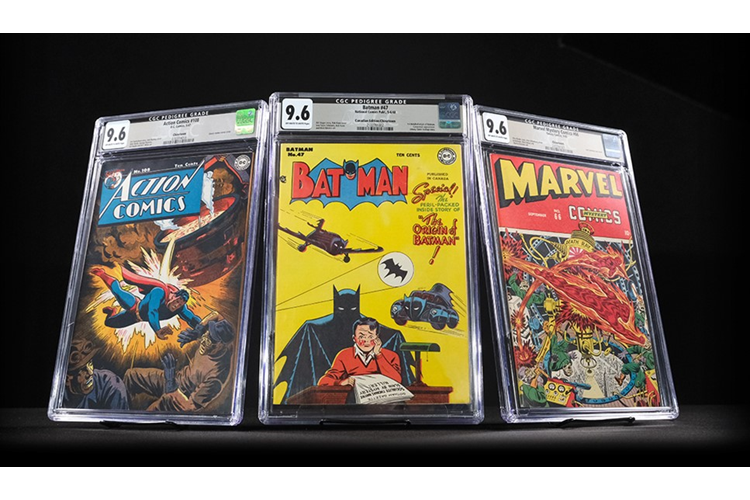 Huh? There are that many “pedigree” collections? I guess everyone is aware of the Mile High/Edgar Church collection from the late 70’s – probably one of the earliest groups to receive that designation.

The new addition is referred to as the “Chinatown” collection, referencing that it was gathered in the Chinatown section of Vancouver, Canada. Started in 1944, this collection contained about 1,300 issues with 80% of them having been slabbed and approximately 1/3 of those being either the highest graded copy known or tied for the highest. To read the full story, go to  https://www.cgccomics.com/news/article/8508/.

So, what makes a collection worthy of being given a pedigree? From what I’ve learned from CGC, it needs to have been from an original owner, although that person need not be the one who brings it to the attention of the hobby. Edgar Church had collected that famous collection, but it was after Chuck Rozansky of Mile High Comics bought it from him that it was crowned. This was long before CGC and third party grading and most were sold over the years and went into the collections of a fairly small group of collectors and dealers.  I happened to pick up a few back in the 70’s when I was going to the old Phil Seuling shows in NYC, sold them to a former member, who sold them back to me decades later. They were still “raw” but had the identifying marks that Mr. Church had written on the covers and the distinct smell from where they had been stored for years. I sent them to CGC and they confirmed the pedigree with the special label they assign such comics. Now consider this - Mr. Church owned them, then Mr Rozansky owned them, then they went to the dealer I got them from, I owned them and sold them to another collector, they then came back to me and roughly 40 years after they were originally discovered, CGC was able to authenticate the provenance! I then sold the three of them to another dealer on eBay who paid me more than the guide price! Our good friend, Al Stoltz of Basement Comics and his partner, Jeff Weaver, brought the “Lost Valley” collection to market, one of the first such groups to surface after CGC came into being. If interested in seeing what other collections have been recognized, copy and paste    https://www.cgccomics.com/resources/pedigree
Another criterium for being dubbed a pedigree collection is that the books are in superb condition. Of course, if you were to happen upon a group that was collected by the same person, one would hope they were well preserved.

I mentioned previously that it has been tough during this pandemic to purchase any collections, but I did manage to buy a decent sized group, all belonging to the original owner and in beautiful shape! Are we talking about another pedigree on the horizon? Perhaps the Captain Blue Hen Cluster? Eh, NO! besides the previous two criteria, the books should be “vintage”. Years ago, that meant 40s and 50s, as in golden age, but as time progressed, silver age collections up to around 1966 were deemed eligible.  Hmmm. Maybe years from now, many many years from now, the Captain Blue Hen Cluster will earn that distinction.  If you’d like to get in on a piece of potential history, I’ll have loads of them for sale at the Labor Day Flea Market & Collectibles Show.

Now I got a question for ya. Why is a comic book with a pedigree selling for more than the same book, in the same condition, that is not from a pedigree? You see people paying lots of money for an item that used to belong to a celebrity or other famous person that they admired. People will pay big money for an autograph. But most of these comics belonged to someone who was not famous at all, sometimes, most of the time, not even named. (Note: some pedigree collections were from people in the comic book industry) They happen to have survived the years in really nice condition, as did the
non-pedigree copy.