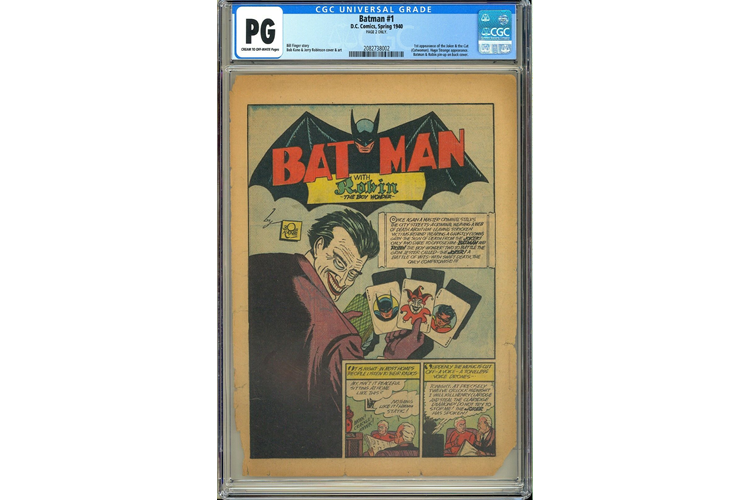 It’s Sunday, August 23rd, and in two weeks we’ll be having our Labor Day Flea Market & Collectibles Show!  As usual, it will be in the parking lot, but there will be a few changes. Being mindful of the COVID 19 situation, we have limited the number of vendors to just 12 this time, with a parking spot between them to help with social distancing. Naturally, EVERYONE is expected to wear a face mask. Please be sure to cover your nose, also. Hours are being limited to only 9:00 AM to Noon. The shop will be open during these hours with reduced capacity, per pandemic guidelines.

You will find comics, cards, toys, albums, sports related collectibles and all sorts of interesting items. Now, I can’t speak for everyone there, but with shows having being cancelled these last 6 months or so, it’s a good bet that the vendors will be “hungry” – if you know what I mean. Bring your good, reasonable negotiation skills!
As reported earlier, picking up collections has been difficult and auction prices are through the roof. Are collectibles becoming a “hedge against inflation”?

A few recent examples:
Being a baby-boomer, I grew up collecting baseball cards. Yes, I collected them – and coins – but didn’t really “collect”, as in “keep” my comics at the time ^%&$#^@! Oh well. Yep, I kept them in shoe boxes, traded them (growing up in Baltimore, you coulda had my Mantle for a sweet Jim Gentile card!!) and we even gambled with them. You would pitch them at a wall and try to get your card to lean against it instead of falling flat. Success brought you the whole bundle of gum smelling cardboard on the floor!

Did I keep those cards from my childhood? Nope, not them either, but I loved the game and started back with the collection in my adulthood. When I opened the “Stale Gum Trading Co.” in 1980 in Newport with my good friend Bob Welsh, my inventory consisted of comics and cards. Bob was, and still is, a strict card guy. We weren’t actually partners, but shared the expenses of the shop. When I opened in Newark, with fellow teacher and friend, Bob Horn, the following year, It was under the name Captain Blue Hen Comics & Cards.  I dropped the card inventory when the market seemed to be tanking. Everything was a gimmick – loads and loads of chase cards – everything was shiny and limited and the prices per packs were getting out of hands. Back then, there were 4 or 5 shops in Newark alone that sold older cards – now the only shop left is The Collectors’ Box in the University Plaza by I95 and Rt 273. It might be the only true sports card shop in the county!

The holy grail of the baseball card world has been the Honus Wagner T206 card. Being a ‘tobacco card’ and Wagner having a strong stance against the use of that demon product, he managaed to have most of them pulled and destroyed. Only a couple dozen cards are known to exist with one having sold for $3.12 million back in 2016.

Someone just recently paid $3.84 million for a one of a kind 2009 Bowman Chrome Mike Trout SuperFractor autograph card! That includes the 20% buyer’s premium tacked on by Golden Auctions. That will jump to 23% if the buyer pays by credit card!
Folks, that’s more than has been paid for the holy grail of the comic book world – Action Comics #1. Something ain’t right!

I always watch the Hunt Auctions out of Exton, PA. and last week a Lebron James rookie card sold for over $16,000, not counting the 17.5% BP. An 1986 Fleer Michael Jordan rookie (PSA 8) sold for over $4,000 and an uncut sheet with that card brought over $40,000. In the same sale as the Trout card above, the only PSA 10 Nolan Ryan rookie sold for $600,000!
Records are meant to be broken and the comic world sees new records for individual issues all of the time. As mentioned by me many times before, prices way, way over guide are constantly seen for lower grade issues – even pieces of comics. I’m currently watching the auction of page 2 of Batman #1 on Blissard’s auction on eBay. This is the first ever appearance of the Joker and with over 10 hours left, the bid is up to $4,555. (update; it eventually sold for $6,305.86) Again, that’s just for the single page! I’ve had two full, though low grade, copies over the years and sold both for far, far less than this one page.

Hope to see many of you on Labor Day! And STAY SAFE!