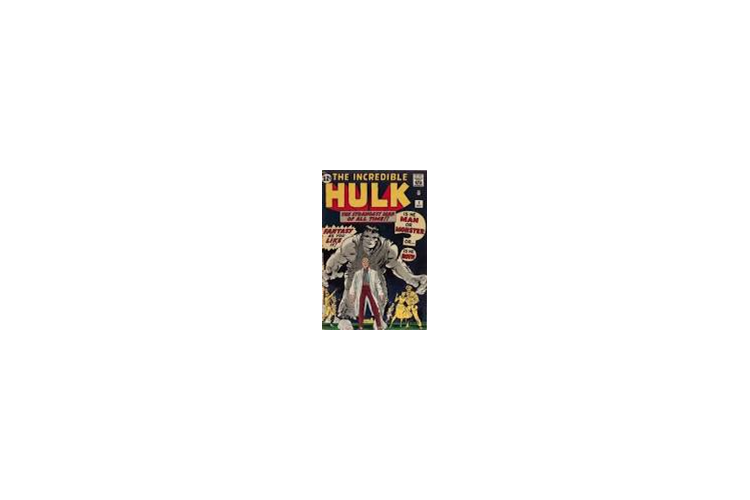 A good customer of the shop stopped in the other day and said he had a question about a comic. At first, I thought he was curious or confused about one of the Super Bowl grab bags because he was holding a 9 by 12 manilla envelope, just like the ones I used for the contest currently going on in the shop.
(BTW, there are some left and every envelope is a guaranteed winner since you will receive a single comic worth anywhere from $20 to $50 as a minimum AND… you get one of the 100 Super Bowl squares that might win you anywhere from $100 to $500 worth of YOUR CHOICE of any of my green-tagged items in the shop! Nothing is held back – showcase books, trades, sets, hardcovers, magazines, and the individual comics in the bins, of course!  Just $10 per comic/square combo)
Oh, back to the story. Turns out, he wanted me to give my opinion on the value of the comic he was given. Inside was a copy of HULK #1!!  Yes, the one from 1962, one of the toughest issues to find of the silver age Marvels.
It was in a bag and I could see that it had been well enjoyed over the years with some heavy wear along the spine, but otherwise looked solid. As I started to remove it from the comic bag, I got a scare for a piece was left behind. Fortunately, the owner knew about it and wasn’t concerned. The piece belonged to the back cover – off, but at least it was there. I checked through the book and the pages were nice and supple and complete. The cover was off the top staple (it can be completely off and still get a 2.0 grade), but there were no stains. I called it roughly a “good/2.0” copy.
Now as I’ve noted numerous times before, low grade, even cover-less, copies of key issues are bringing way over guide. We did a quick search on eBay and found a copy that had heavy taping, really heavy staining, major creasing, and was missing a big (almost the size of a trading card) section of the lower right corner of the front cover. It SOLD for over TWO THOUSAND BUCKS! Mr. Overstreet states that a 2.0 should fetch somewhere in the $5,000 range.
Upon giving him the news, he told me how he came by it. Evidently, he is getting married and his future mother-in-law gave it to him. And, “NO, she isn’t adopting any more kids!” we already asked. He knew it was valuable and wanted to somehow reimburse her for the extreme generosity. She wasn’t a comic book collector, but her deceased husband had given it to her sometime ago, telling her to hold onto it. Knowing that her future son-in-law was into comics, she must have figured the time was right. She thought that it would cover the cost of the cake!
Look for a report from me after a February 8th auction that I’ll be attending. Besides a huge collection of comics, over 2,000 issues, featuring many of the key issues, but the really interesting feature is 97 hardbound volumes of DC Comics from the National Periodicals Library itself! There’s a complete run of Our Army At War, starting with number 1 through 301, which includes the first appearances of Sgt. Rock! Each of the volumes included a 12 – 13 straight run. The pictures provided made it appear that the copies inside were of top grade, probably trimmed edges though. There were also volumes of Action Comics as far down as #37, Batman as low as the 20’s. Detective, two-digit Superman, Lois Lane 1- 13 in a single volume, the silver age Green lantern 1- 12 in a single volume and so much more. Curious yourself? Check at Bodnar’s Auction in upstate New Jersey.